The C1 Racing Club pride themselves on being a club for motorsport enthusiasts who want to go endurance racing on a budget. The cars are standard first-generation Citroën C1s with some club-supplied modifications to the suspension to reduce tyre wear. It is very tightly controlled, and no modifications are allowed to engine or transmission – the goal being close racing for everyone on a budget.

PSA Group’s Distrigo Parts Distribution currently have a partnership with the C1 Racing Club for the 2018 season, providing a range of support to the Series and its competitors consisting of:

Launched in April 2017, the C1 Racing Club was established to deliver low-cost, value-for-money endurance racing. It has been a runaway success, with the 2018 season comprising of five UK enduros and two UK 24-hour races at Rockingham, Pembrey, Snetterton and Croft, plus the iconic Spa 24-hour race in Belgium. Over 130 C1 Racing cars are now built or in-build, and we expect to have full grids at each meeting, making for very close and exciting racing.

PSA Group was officially established in 2016 and brought together some of Europe’s most iconic car brands: Peugeot, Citroën, DS Automobiles and most recently Vauxhall and Opel. With over 200 years collectively of automotive history, PSA Groupe is no stranger to the world of motorsport, having competed in the likes of WRC, WRX, Dakar and Formula E to name but a few.

PSA Group’s Distrigo Parts Distribution offers competitively-priced genuine parts for Peugeot, Citroën and DS Automobiles as well as the competitively-priced Eurorepar range designed for all makes and models of vehicle. The parts are manufactured and tested to the highest levels of quality ensuring that vehicles operate as safely and reliably as they did when they were new.

The race dates, venues and formats planned are as follows:

A fantastic calendar of 3, 4, 6 and 24 hour races in the UK and in Europe. All dates now confirmed and entry forms available. Come and join us for a great season of endurance racing.

(for less than £3500)
Everything you need to know about building a C1 race car.

Come and join us – all you need to know about the club, membership forms, technical, sporting and driving standards regulations.

Parts for all
makes of vehicle 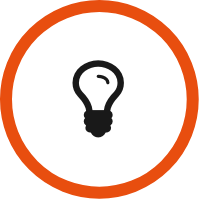 Parts for all
makes of vehicle